I empower people heal, to find balance and to discover themselves and realize their dreams. I teach yoga and mantra & meditation for self realization.

I practice acupuncture, yoga therapy, and massage and medical astrology for healing of body and mind by connecting with spirit.

I practice astrology to help people see themselves more clearly and to understand the connection between macro-soul and micro-soul.

I work with many mystics, Yogis and spiritual seekers who want to deepen their practice and see what they might be missing. Thousands of NRIs contact me to bridge the gap between their traditional beliefs and modern life.

Beginner, advanced, old and young yogis appreciate my yoga classes, while a similar breadth of people have found cure or relief from my hands-on healing practices.

I have a special affinity for guiding people thru periods of sudden forced change; for transforming poison into nectar of the heart in times of great loss, death, tragedy, shock.

I split my time between Canada and India. I have been nomadic for most of my life, living simply and moving in harmony with nature and the season. I have worked and lived with marginalized people from around the world and offer service free of charge or by donation.

I have given talks about Vedic Knowledge in Major Universities of India and published articles in popular International magazines.

In 2007 I walked past a dog sleeping in front of a Shiva temple. The moment I moved past it jumped up and bit me in the bum. It retreated immediately, but blood had been drawn and as I walked along the bank of the Ganges river in Varanasi, India with my back pack looking for the guest house I had made arrangements to stay. It didn’t take long in this condition to forget about my arrangements and take the next place that I found. I began following signs leading me to a popular guest house by the river, but just as I was getting there I was given an option to continue following to the left, or follow to Eden Halt on the right. I chose right and met the family I would stay with for nearly half of the next ten years. Sanjay Tripathi, the oldest brother of the family, shared his knowledge of yoga, astrology, Ayurveda, tantra and Indian culture freely and abundantly. Our friendship and brotherhood is among the greatest blessings in my life.

The dog is also the vehicle of Kal Bhairava in Kashi, where he takes over for Yama, to liberate those who bath in the nectar of mother Ganga, in life or in death. he rides on the back of a black dog like any of filthy disease ridden mutts on the streets without shame; free to follow their every desire. In India, the dog is recognized for it’s lustiness, what it wants it goes after even fighting savagely with it’s own kin for scarce resources on the street. The 9th Century Aphorisms of Shiva says that “Bhairava is upsurge.” That upward movement when the vibration of uncertainty ceases and we move with resolute focus into our destiny.

Who could have ever guessed that I would carry that sleeping dog with me for so many years feeding it with these words and images, my time, my effort and my love. Those ghats, that river and that city where you cannot turn a corner or enter a door way which is not a path to Shiva. His City of Light watched over by Kal Bhairava and his ghoulish helpers from the underworlds taking each persons name as the enter the city so that they will be cared for in death. Varanasi, or Kashi is one of the most important places in India for Hindu families to deposit the shes of the dead. No other god is capable of the great peace in the same way as Shiva; the God of Liberation.

Eden Halt, the Tripathi family guest house is on the banks of the river in between the burning ghats (the two main places where they burn the dead). This is the main tourist attraction of the town. Kashi, the citadel of light, is not a pleasant place for many people; for the light shines even in the darkest corner and all things are worshiped equally. For the Naga’s and the Aghore even the dead are worshiped as pure as new born babies. Shiva’s light does not distinguish. For many of the inhabitants of Shiva city, much of the spiritual journey is overcoming our repugnance for anything; and accepting all of things of this world and all of the other worlds with the same openness and vulnerability; awareness of the moment coupled with loving acceptance.

Sleeping dog also references the state of deep sleep beyond dreaming where we enter into the void. When we do this with awareness we can be carried along into the 4th state of Turiya & beyond; always beyond.

Thru the experiences I had in 2007 & 2008 I dedicated my life to yoga, healing, philosophy & spiritual life. I am exceptionally grateful for the teachers I met and the time they so humbly shared with me in order to advance my knowledge and allow me to recognize that divine light that flows form everywhere. I have had many great influences in my life including my parents and family as well as many inspiring, helpful, enlightened people I’ve met in my travels. Some of the the teachers & lineages I have learned from are listed below. (My teachers are italicized).

Astrology / Ayurveda / Everything Else

2002 – 2004 Therevada Buddism and meditation with the Sri Lanka community.

Nature has always been my greatest teacher: the rivers, the mountains, the sun, the animals, the trees the air and the sky; great mother & father, and that thread which connects all of us. 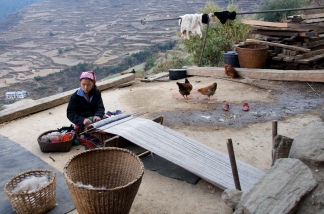 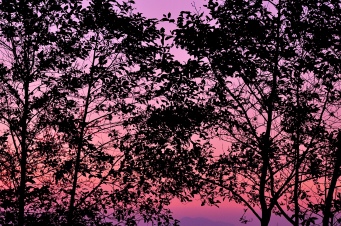 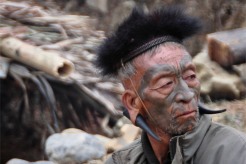 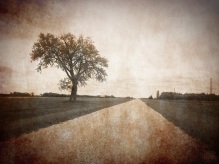