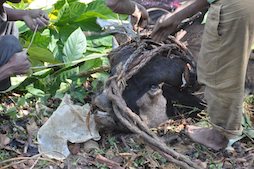 I’ve used a chart made for the full moon on June 9, 2017 to provide me with a framework  for this horoscope, however, the emphasis is on the slower moving planets which can make this reading relevant for most of the first half of 2017.

This should be good period for property and speculation, children, and beginning any new venture. Travel is possible with Jupiter, Saturn, Venus and Rahu suggesting various possibilities. 8th owner in 5th house suggests research (as does Aries Lagna). In a broad scheme of things, I can’t help but feel there will be some new thing come into the world this summer.

This debilitated full moon in the 7th house could suggest that the next couple of weeks could involve some difficult negotiation. Generally speaking, the Moon in debilitation is a good time to carry out some harsh activity (otherwise such harshness may be directed at you).

Saturn is yoga karaka owner of 9th & 10th houses transiting the 8th house, well kinda…. Saturn is retrograde at zero degrees Sagittarius so in ten days, Saturn will be in Scorpio for a few months before turning around and coming back. This kind of long slow Saturn retrograde can bring us back to take responsibility for something that happened long before. For Taurus natives this could be some deal or contract that you’ve been neglecting.

Jupiter is well placed in the 5th house for Taurus natives. Gain from creative work, children, speculation, or even some unexpected source are all possible. Productivity should also be expansive. Jupiter is also the karaka for children as is the 5th house. One would normally consider this to be a good placement, but generally Vedic astrology disparages such placements as essentially being too much of a good thing. Taurus natives may feel as though their children are shaping their fate to a great extent. This Jupiter is excellent for spiritual practice, beginning a new practice of mantra, taking any kinds of studies (especially humanistic of spiritual). Ones health should also gain some advantage by this Jupiter via timely advice and proper discrimination. Jupiter transiting the 5th house can also make the conditions ripe for a very positive chance encounter.

Rahu is in the 4th house suggesting that you’re away from home for more time than you’d like. Rahu in 4th can suggest and emotional time as well as a time for wandering the various pleasures of life. Since Rahu in 4th aspects the 8th house, several unexpected events can take place in and around the home and well as in and around vehicles. Rahu’s aspect on the 12th house suggests wasteful expenditure.

Ketu is in the 10th house suggesting that ones own pleasure may be more important to you than your public reputation. Especially since the 10th house is Aquarius (an intellectual/mystical air house) and Ketu also represents mystical spirituality and dispersal, it could be that you many people begin to see you in a new light. Career changes are possible with such a Ketu. With the aspect of Ketu and Saturn and the residency of Mars in the 2nd house, saving and storage could be difficult in this period. Saturn and Ketu aspecting the 2nd house also makes it a very good time to learn a foreign language or generally showing your technical abilities to the world. Also, if you follow a technical or scientific career, then this could be a very good period for wealth.